I embraced the Pantone Color idea from the beginning and actually used that very vibrant tango in a few places. I liked it because it was orange and orange is the stepchild in decorating. It got a lot of talk on design and creative blogs. The next year was green and although I like to use green their choice was a bit insipid for me. Then came purple and it was widely embraced without my encouragement.  I lost interest at Marsala.

Now it seems we are doing a retrospective. Green and purple have taken another run and here we are back at orange. Living Coral, the new Color of the Year,  is only a few shades or innuendoes away from Tangerine Tango.  I'm wondering if we should introduce the Pantone folks to Crayola who are currently touting boxes with 152 colors.

ADAC in full swing and I see a lot of brown. The other orphan.

The most popular color in use for a good long while now is gray.  I came across this great bedroom while googling for gray rooms.  Isn't it a joy?  I am almost certain that I have this same room in my photo archives in orange.  I will have to see. 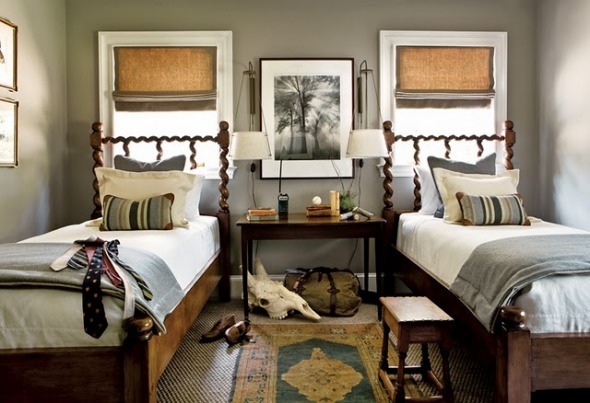 We have offered some good pumpkin décor ideas in the past but when we came across this one we had to share.  I should note that since these are gas and oil cans, it might not be a good idea to put a candle inside.  Perhaps something battery operated from QVC. 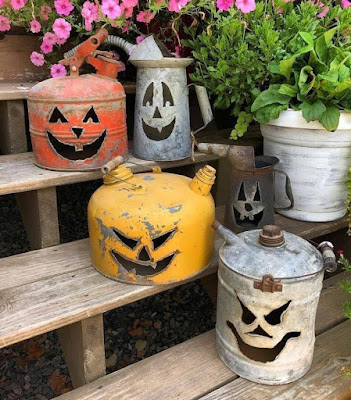 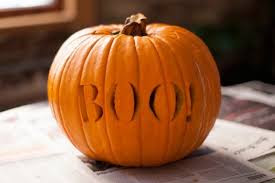 My best wishes to you for a fun and boo-tiful fall season. 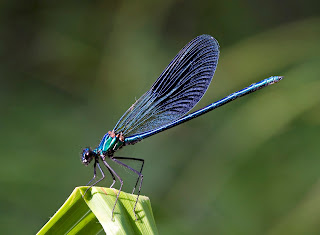 The dragonfly.  Irridescent, illusive, not overly familiar, darting here and there and fairly short lived.  There are 5,000 species and they have been flitting about for thousands of years.  I think their iridescent wings are fascinating.

I have a small collection and once shared the affinity with a dear woman who is now deceased. When I think of her I am newly amused by thoughts of a sign on her property on St. Simon's Island.

Having trouble recalling the wordage, I decided to see what I could find on Google and there it was.  Her sign and it is properly attributed to a "home on St. Simon's".


Beverly left us a few years ago after telling me that she gave up on the sign since it was constantly being stolen in recent years.  That speaks to what we all know is a tide in the affairs of men.  It makes me sad. 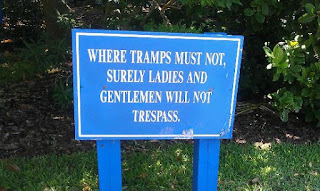 According to a friend who also has a home there, the sign was replaced
last year.  I appreciate the property heirs who did that to honor her.
Since Spring came and went in a couple of weeks, I am now on the lookout for one of my favorite summertime creatures.

Today I saw the dragon-fly
Come from the wells where he did lie.
An inner impulse rent the veil
Of his old husk: from head to tail
Came out clear plates of sapphire mail.
He dried his wings: like gauze they grew;
Thro' crofts and pastures wet with dew
A living flash of light he flew.

Sami Pat
For many years we travelled and did the big antique shows in Atlanta and Charlotte and around the South. Age and two near-fatal auto accidents ended that part of my career. I own a small design firm and I do estate appraisals. I enjoy writing and have published a little children's book. Pontifical's Porch is a real place where we enjoy quiet conversation, comfortable reading and relaxing and now and then a party. Thank you for visiting our cyber space. Your comments are treasured. ~Sami